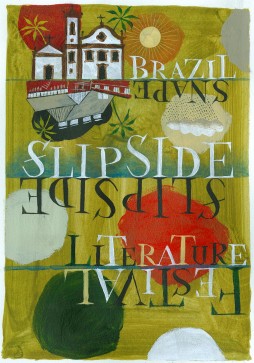 FlipSide Festival presents leading Brazilian and British writers, artists and musicians in a Carnival of the Arts. Launched in 2013 at the world famous Snape Maltings in Suffolk, one of the world’s leading centres of music and the arts.

Eileen Woods was the Project Manager for the first year of this ambitious new event and Michael Woods designed the interior and exterior set decor with illustrator Jeff Fisher and artist/producer John Christie. Our bunting designs have become a recurring branding image for Flipside.

FlipSide was founded in 2013 by Liz Calder, Genevieve Christie, Louis Baum and John Christie. Initially, FlipSide was an annual arts festival at Snape Maltings and in its inaugural year, the festival welcomed writers from the UK and Brazil including Ian McEwan, Will Self, Milton Hatoum and Bernardo Carvalho.  Since then the festival has welcomed an array of wonderful writers from across the globe, including Margaret Atwood, Michael Ondaatje, Ali Smith, Ana Maria Machado, David Hare, Jackie Kay and Benjamin Zephaniah, to name but a few. 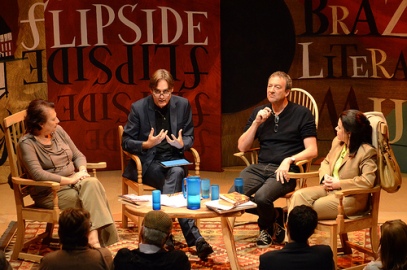 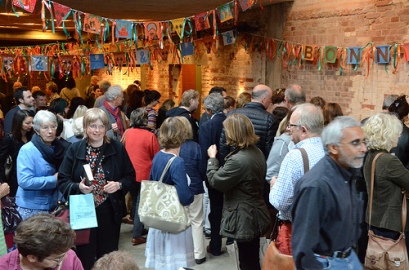 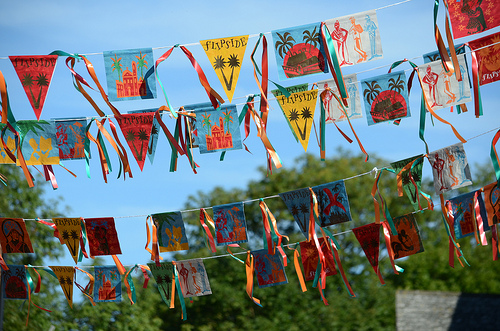