Haring Woods developed Bright Sparks in 2005 in Gunpowder Park as a unique funding model to support artists and designers to carry out research and development projects exploring the physical and social aspects of public open space.

The Bright Sparks concept and methodology addressed the lack of R&D opportunities which allowed creative professionals including artists, public realm designers and landscape architects the freedom to develop new ideas without the constraints of producing an end product. This new model of commissioning has furthered Haring Woods’ practice of using arts and culture to inspire change and influence current perceptions of our public spaces.

The first phase of Bright Sparks funded eleven diverse projects with international partnerships between 2006 and 2009. A number of these projects are now being applied to real public realm developments, demonstrating that this new model of commissioning ‘ideas’ can result in informing new developments and instigating debate. 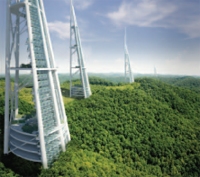 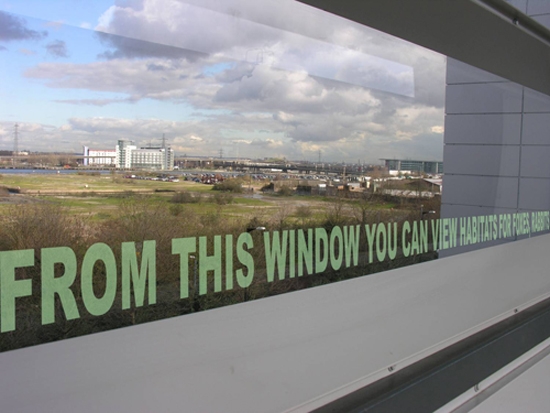 Theresa Smith Urban Viewpoints
Through her varied research and collaboration with a number of different ecological professionals, Theresa Smith developed new ways of enabling busy people in cities to become aware of the rich mix of wildlife that is often an unnoticed part of their daily lives.

David Buck Tipography
Inspired by contemporary music notation, Buck’s research explored how to apply the temporal qualities of music composition to a new method of drawing landscapes which would reflect the durational elements of open spaces. This work informed a new MA course at the University of East London. 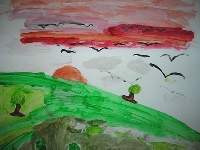 Emma Smith & Sadie Stowell SubRural
Artist Emma Smith and landscape architect Sadie Stowell begun an ongoing creative investigation into how the rural landscape is perceived and how these perceptions can be recreated or simulated within inner-city environments.

John Cockram Environmental Health
Artist John Cockram explores how we can apply human skills and qualities such as ‘protection’, ‘well-being’ and ‘healing’ to the natural world and how the human qualities of ‘care and concern’ change when taken out of a healthcare context and are applied to the environment. 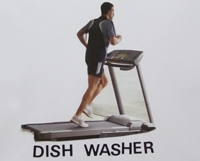 Michael Pinsky Order to Chaos
Michael has continued his research into the urban perimeter of Gunpowder Park, and the friction experienced where urban and natural elements meet. He has played with notions of order and disorder which he has presented through a story book: Fables in Open Space.

Graham Harwood, Richard Wright and Matsuko Yokokoji Eco Media
Eco Media proposes a new exploration of ecosystems as a communications networks that can allow exchanges of ‘viewpoint’ between the human and animal worlds.

Rosanna Vitiello and Marcus Willcocks
Unravelling the Urban Lexicon
Designers and public space specialists, Vitiello and Willcocks investigated how the physical elements of public spaces can determine our perception of a place and influence our emotional reactions.

Alex Murdin Immersion
Immersion is a transdisciplinary project by artist Alex Murdin which researches the relationship between leisure and ecology in the UK to develop new uses for lidos, tidal pools, and other watercourses, exploring their potential as spaces for ecological education and recreation

“I personally enjoy not knowing where these projects will end, and following and guiding the passion and interest of the artists and creative practitioners we support. Mentoring a research project, rather than an art project which needs to conclude in an exhibition or artwork, also allows for far more intimate and focused discussions, connecting the awardees with other bodies of knowledge they can use in a far more creative way, rather than concentrating on the success of a final work.”
Fred is the former Director of Regeneration and Environment at the London Borough of Southwark 1994-2001, where his areas of expertise were economic development, planning, property management, environmental management, regeneration, leisure and community services. He oversaw some of London’s most significant projects, such as Tate Modern, the Millennium Bridge and Greater London Authority headquarters.  He is currently Associate Director for the Heatherwick Studio and is a registered architect and a member CABE’s design review panel, a trustee of Open House/Art in the Open and the Foundation for Allergy Information and Research.

Andre is an artist who lives and works in Rotterdam, The Netherlands. He is a founding member of Observatorium, an artist led organisation which has worked for councils, governments, art institutions and companies since 1997 and dedicates itself to art in relationship to architecture, communities and landscape. Its motto is: time and space for focusing attention. Their large structures, in a variety of spaces including parks, prisons and motorway verges, act as connecting devices between separated groups of people, separated areas or separated organisations. Andre is also the chair of the Open Air University since 2006, using a slag-heap in Germany as a campus where students can study the exciting possibilities for open spaces. www.observatorium.org
“We need new ideas, enough is being done. We need time to allow ourselves to stand still. The Bright Sparks awardees are given that time.”

“Bright Sparks is one of the few opportunities where the arts and sciences really come together. I came on board to provide my expertise, but increasingly I am finding that these projects are developing ideas and paths that can really influence the thinking and debate surrounding sustainability.”
Darryl is the Director of Sustainability for the University of East London where he has worked for 10 years on a wide range of research initiatives relating to Sustainability within the Built Environment. He manages the Manufactured Aggregate Research Centre (MARC), is a member of Associate Parliamentary Sustainable Waste Group (APSWG), Environmental Technology Research Centre for London (ETRCL), and National Industrial Symbiosis Programme (NISP) London Area. Through Darryl, Bright Sparks has secured co-funding from Knowledge East.